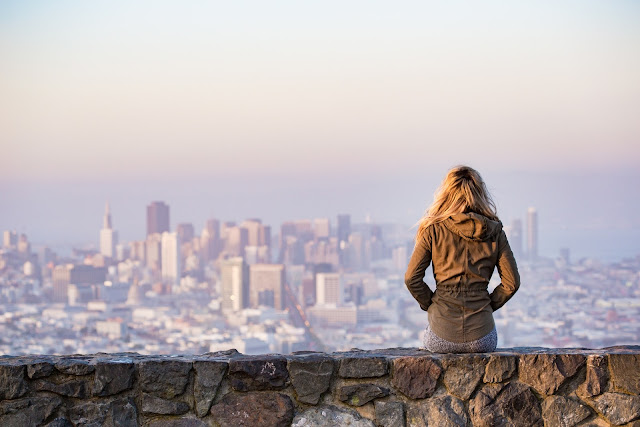 This Blog was written by Rev. Faith Totushek for  Pentecostals and Charismatics for Peace and Justice

Romans 13:1-8 is a passage that has been used in ways that are unjust.  It has been used to justify the divine right of kings, to justify slavery, to justify apartheid and segregation.  This text has been used in support of the Just War Theory.  It’s still used in the church to justify oppressive policing and discounting of immigrant’s basic human rights.  If people would just obey the law, the logic goes, then they will be left alone.  But is that what this passage means?  Is Paul saying that that all laws are good? Is he saying that all people are treated equally under the law? Is he saying that laws should be obeyed without question?  These things are often read into the passage making these verses something like a sword to keep oppressed people in their place.  I don't believe that was Paul’s intent.

Just because a particular action is legal does not mean it is just.  As God’s people it’s imperative that we carefully discern and think through texts like these so that we might walk well in the way of Jesus.  How shall we view this set of scriptures?

Vantage Point #1:  What is my social location?

As a white person, if I read this passage from the perspective of being a white citizen of the USA, I read from the vantage point of being among the majority of people who hold the most political and economic power in our country.  In contrast,the church at the time Paul was writing was a minority faith among a group of people who were suspect.  As worshippers of the one true God, as followers of Jesus the Son of God, they were often in direct conflict with the Emperor who was considered to be the son of god and bringer of peace.  The emperor at that time demanded full allegiance and was worshipped in the Imperial Cult.  For Christians, Jesus was the Son of God, the bringer of peace and the one to whom their full allegiance was given.  While Cesar brought peace through the Sword, Jesus brought peace through his own life, death and resurrection in service to humankind.  Christians who worshipped Jesus needed to be cautioned to do their best to avoid unnecessary negative attention in an already minority position.

If Cesar or other governing authorities had read this passage, they would have been insulted.  Paul suggests that their reign was subject to the reign of the Jewish or Christian God and as such, these verses were highly subversive.  Ruling authorities especially Cesar saw himself as God, and in absolute authority.  Other gods came under his authority.  When various nations were conquered, even the local deities were incorporated into the Roman Empire.

In Romans 12 Paul has just reminded people of these things regarding how they ought to live as people who reflect God’s character:  Romans 12: 9-17

9 Love should be shown without pretending. Hate evil, and hold on to what is good. 10 Love each other like the members of your family. Be the best at showing honor to each other. 11 Don’t hesitate to be enthusiastic—be on fire in the Spirit as you serve the Lord! 12 Be happy in your hope, stand your ground when you’re in trouble, and devote yourselves to prayer. 13 Contribute to the needs of God’s people, and welcome strangers into your home. 14 Bless people who harass you—bless and don’t curse them. 15 Be happy with those who are happy, and cry with those who are crying. 16 Consider everyone as equal, and don’t think that you’re better than anyone else. Instead, associate with people who have no status. Don’t think that you’re so smart. 17 Don’t pay back anyone for their evil actions with evil actions, but show respect for what everyone else believes is good.

8 Don’t be in debt to anyone, except for the obligation to love each other. Whoever loves another person has fulfilled the Law. 9 The commandments, Don’t commit adultery, don’t murder, don’t steal, don’t desire what others have, and any other commandments, are all summed up in one word: You must love your neighbor as yourself. 10 Love doesn’t do anything wrong to a neighbor; therefore, love is what fulfills the Law.

Vantage Point #4:  How we think of government today

We live in a republic within which we have the liberty of speech and the opportunity to vote, run for office and make changes if we find our government unjust.  In an Empire Cesar’s word was law and the sword of Rome was how that law was carried out.  Speaking truth to power was a costly action.

Paul's words to the community of believers in Rome in the first century had a different resonance than they have today in the 21st century.  As believers, we must carefully apply this passage so we do not become complicit with injustice or hijack the word of God to blindly justify evil.  Most certainly what Paul is NOT saying is that "might makes right" and that Christians should offer blind obedience to the state. This scripture is also not a justification for war nor does it support the Just War Theory which came later in history.

With these vantage points in mind, what advice is Paul giving the Church regarding civil authority?

1. Government’s power and authority is limited.

Civil authority is under God, it is not above God nor is it God.  In first century Rome there was an imperial cult that demanded ultimate sacrifices of life in war and of ritual sacrifice during various war and civil ceremonies.  Paul in Romans 13 is reminding the church of her civic duties to honor the law, pay taxes and tolls and give basic honor to officials.  He was not saying they should give allegiance to their nation state as that allegiance belonged to God alone.

2. When government is just and merciful, it is God’s servant.

Government in some senses is a servant of God when it is governing properly.  Even unjust governments keep a certain order and unwittingly at times offer justice and mercy.  Romans 13 does not sanction everything a government does.  It is in place in the current time until the kingdom of God is fully realized—the time “between the already but not yet.”  God’s reign is breaking in wherever we see justice, wherever we see mercy, wherever we see the fruit of the Spirit and wherever we see healing and reconciliation.

3.  The church should refrain from evil deed and do the good.

This reminds me of the passage in Jeremiah 29 when the people of God were in exile.  They were to “seek the welfare of the city.”  As people in exile, they were called to live well among their captors and seek the good of the city.  By doing good and living according to the Torah themselves, they would flourish as much as they could possibly do so in a foreign land.

A part of the church’s identity is as that of an exile—people of a different kingdom residing in human kingdoms and nations.  As exiled people, they are invited to live other-centered lives in the midst of often great evil and injustice.  And Paul is reminding them that things will go better for them if they refrain from evil deeds and do the good.

4. Pray for those in authority.

This is a part of our warfare to pray for those who govern and lead that they might govern well and with justice.  It is our weapon of warfare as Paul says in Ephesians 6.

Finally, and most important, as God's people living in exile often among unfriendly people, they did not surrender their role to govern as God's agents.  They were to live well and do the good.  For what would the world be like if the salt and light of God's people were removed?

5 Build houses and settle down; cultivate gardens and eat what they produce. 6 Get married and have children; then help your sons find wives and your daughters find husbands in order that they too may have children. Increase in number there so that you don’t dwindle away. 7 Promote the welfare of the city where I have sent you into exile. Pray to the Lord for it, because your future depends on its welfare.

Note:  The commentary used in this post is Paul's Letter to the Romans, A Socio-rhetorical Commentary by Ben Witherington III and Darlene Hyatt.  Link to the Commentary