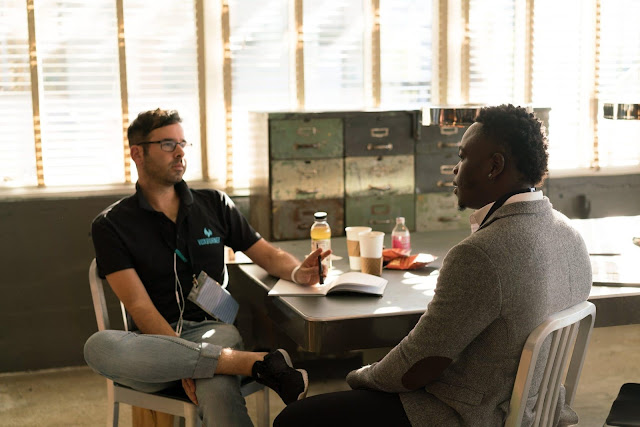 Have you ever been a witness?  Maybe you have been a witness to an accident and found yourself telling your version of what you saw when the accident took place?  Usually when we think of the word witness we imagine a court room with a judge, and lawyers and maybe even a jury.  Usually it is the lawyers who call witnesses to testify about what they saw or experienced.

What does it mean to be a Witness in the Bible?

Our Old Testament reading actually uses a courtroom scene in which lawyers are to bring forth their witnesses to give evidence to the legitimacy of their gods, small gods.  God’s people then were described as the witnesses to what God had done delivering them from the hand of Pharaoh, or other oppressive kings.  They were in some sense witnesses to the power of God to save them and rescue them.

In our New Testament reading, we learn that the disciples are now being called witnesses. So what does it mean to be a witness?

A Witness is something one is already.

In the Ancient Near East, often people would create stone images to depict their gods and then place them in their temples and worship them.  But God’s people were not to make images because the garden was the temple where God dwelt and people were his image bearers.  They were to worship only the one God.  They were the first mono-theists.

The idea is to in some sense reflect the God they served.  Many times in the old Testament the prophets would tell the people that those who worship idols would become like the idols they worshipped.  And the call for God’s people was to worship God, and become more and more like God.

Jesus was the first one to bear God’s image effectively.  Jesus is said to be the exact image of God.  The exact representation of God.  Furthermore, in the book of first John, the apostle teaches that those who love God, will be like God and will love like God.

So a witness is something we already are from the time we were born.  But what kind of witness are we?

The first people in the garden choose to go their own way instead of being in relationship with God and living wisely in the presence of God.  They choose to listen to the voice of this world, the snake, and became a witness to hate, evil and injustice. We have that same choice.  We are a witness to something… but it is our choice what we are a witness of.

Then imaging God flows from who we are and who we are becoming like.
Sometimes people say that women cannot image God, but that creates a fleshly god who is only male.  All human beings can image God and are made in the image of God because all human beings can reflect God’s character.  It’s not about the flesh. We are each one made in God’s image and will grow into God’s image.

Second, A witness is also something we do.

How we live our lives is a witness to something.  That is determined by the words we say and the actions we choose.  The Apostle John reminds us that they will know we are Jesus followers by our love.  If we have love for one another, we will live and act like Jesus did.  A person who loves, lives in the light, a person who hates others, remains in the darkness.  Being a witness has something to do with how we act towards others.

In the Torah… the first 5 books of the Old Testament the author shows God’s people how to live ethically and justly within their cultural context.  Now there are a lot of strange things in the OT such as the leverite marriage laws and a number of other strange things.  But if one studies carefully one can discern principles that helped God’s people live more justly in the world of their day and time.  Being a witness involved living righteously or living justly in the real world.

In the New Testament living righteously or living justly is revealed to us in how Jesus lived.  At times he called out the people of God because they had become corrupt in how they used the Torah.  Jesus redefined righteousness—or justice which is a better translation, in the way he lived and taught.  Jesus was witness to God—to what God is like and to the way of God.

We are a witness in how we live toward others.


A Witness is a story we tell

It’s the story they are telling as a witness.

These questions each get at your story—or your testimony that witnesses to the reality of God and the wonder of God’s presence in your lives.

A few weeks ago, we were lucky enough to hear Juan and Fabiola’s Testimony of how they each met God and how God worked in their lives in amazing ways. You too each have a wonderful story to tell.

My goal as we move through this series is that everyone in this room is able to write out a story that is a testimony that can be shared with others.  The value of writing it out is that when we write, that writing codifies the story in a logical sequence that is easy to tell.  It gets you ready to share your story.

I would love it if after you have written your story… and some of you have many stories to tell, that you would share it.  We could record it and share it during a service or if you are brave, I would love to give you time in the service to share your particular story of how you have experienced the reality of God for yourself and how God has been at work in your life.

Be considering and thinking about your story or stories…tell them to your friends—safe people who can listen in a way that is non-threatening.  Tell it in your adult SS class, or to your children.  Or write it as a legacy for your family.  Your story matters and can affect people in powerful ways.

So what is your story… you are witnesses to what you have seen and heard and experienced.  And someone needs to hear your story.